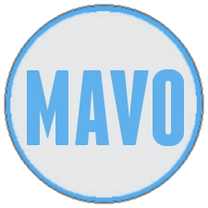 HOW TO KEEP SCORE

It is required that scorekeepers and assistant scorekeeper (Libero Tracker) be at the scorers table no less than 20 minutes prior to the start of each match.

Scorekeepers are an integral part of the officiating crew. It is essential that scorekeepers be proficient in scorekeeping. The assigned R1/R2 officials should not be expected to train the scorekeeping staff.

how to be an assiStant scorekeeper/libero tracker

PRINT THIS as a PDF

Line Judges are an integral part of the officiating crew. They are an extra set of eyes for the R1/R2 and provide valuable information quickly and professionally. The position of Line Judge (LJ) must be taken seriously, and those who have a hard time staying focused on their job should not volunteer for this position.

NOTICE: Starting with the 2020 Maine High School Girls volleyball season, the Maine Principals Association is requiring all host schools to supply 2 (two) ADULT (18 and over) Line Judges for each home varsity match.

TIPS FOR BEING A GOOD VOLLEYBALL LINE JUDGE

PRINT THIS AS a PDF

WHAT THE OFFICIALS NEED FROM THE SCOREBOARD OPERATOR/TIMER

PRINT THIS as a PDF

TIPS FOR BEING A GOOD SCOREBOARD OPERATOR/TIMER

One person the entire gym relies heavily upon is the scoreboard operator/timer. The match doesn't run smoothly if the person in charge of posting the running score and timing isn't right on top of it the entire game.

TIME OUTS: At the start of the first set set the scoreboard clock to 1:00. This is the maximum length of a time out. This way the clock is ready as soon as the R1 signals for a time out. Start the countdown clock. The clock should not be started until the R1 indicates the time out. Do not start it when the coach asks for it.